Carotidynia Syndrome. How to see it?

Fig. 4: A 36-year-old man with histoy of spontaneous pain and tenderness over the left...

Fig. 5: A 45-year-old man with spontaneous neck pain and tederness over the lef side... 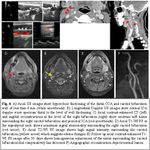 Fig. 6: A 48-year-old woman presented with pain at the right sidw of the neck. Clinical...

We report four patients (three men and one woman, aged between 36 and 45) that were referred to our radiology department with clinical suspicioun of carotidynia syndrome  during a period of 6 months. All patients presented localized pain in the anterolateral area of the neck (1 in the right side and 3 in the left side) of less than one week of duration, in some cases projected to the ipsilateral side of the head.  After careful clinical history,  complete head and neck examination and laboratory tests, all patients underwent image studies based on US, contrast-enhanced CT in angiographic phase and MRI. The imaging findings reported in each of the patients  consisted basically in the presence of abnormal soft tissue surrounding the symptomatic carotid artery, usually distributed along the distal portion of the CCA and/or carotid bifurcation. The location and type of radiological findings as well as well as the absence of any other underlying cause of pain suggested the diagnoses of carotidynia. We also present the follow-up image studies which show the dissolution of the previous abnormal findings after resolution of symptoms.

A 36-year-old man with histoy of spontaneous pain and tenderness over the left side of the neck projected to the ipisilateral ear region after exercise over a period of four days. No other symptoms. Laboratory tests, including erythrocyte sedimentation rate (ESR) and C-reactive protein (CRP), were normal.

A 45-year-old man with spontaneous neck pain and tederness over the lef side without any other sympton, of 4 days of duration. Blood tests including erythrocyte sedimentation rate (ESR) and C-reactive protein (CRP), were normal.

A 48-year-old woman presented with pain at the right sidw of the neck. Clinical  exploration revealed  tenderness at the level of the right carotid bifurcation. Blood tests were normal.

A 41-year-old man presented with spontaneous left-side neck pain episode of two days. It projected to the ipsilateral facial region. No abnormal findings in laboratory test were found.

Which are the most typical radiological findings:

It can be advantageous to use US to detect abnormal features in carotidynia because it enables to investigate the exact region of tenderness, thereby reducing the extent to which assessment is depenent on speculative reasoning. On US images,  our experience revealed hypoechoic wall thickening of the affected artery corresponding to the region of tenderness in all patients except one. The distal CCA and carotid bifurcation are generally affected, within the limits of the carotid sheath, and no apparent associated narrowing of the lumen occurs. These findings are in accordance with the US features reported by other authors.

On contrast-enhaced CT images in angiographic phase our experience revealed an asymmetric rim of hypo-isodense homogeneous soft tissue surrounding the affected distal CCA and carotid bifurcation with a normal-appearing lumen. The enhancement of soft tissue was very weak on CT, which made difficult to differentiate  from thrombosed arterial dissection, adventitial hematoma or soft atherosclerotic infiltration. These findings were found in all of our patients and are in accordance with the features reported by other authors.

Follow-up imaging studies with MRI within one and two monts after the begining of the  process and after resolution of symptoms demonstrated dissolution or improvement of the abnormal soft tissue surrounding the carotid bifurcation.