Paget's disease of the bone - Imaging the appendicular skeleton

In 1877, Sir James Paget (Fig 1), a prominent British surgeon and pathologist described ‘osteitis deformans’ in five middle-aged men.  Although several reports of middle-aged men whose hats no longer fit had already been published in the literature, by the end of the century, the affliction would become widely known as Paget’s disease of bone. 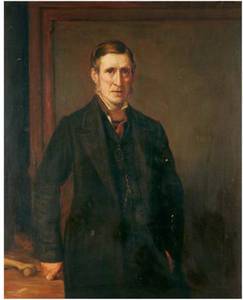 Paget described the disease as a rare, slowly progressive inflammatory disorder which did not affect the individual’s overall general health, but resulted in change in body shape, size and deformity of affected bones.

Paget’s disease demonstrates certain geographical and racial characteristics: it is more common in Great Britain, France, Germany, Italy and migrants from these countries while it is particularly rare in Ireland, sub-Saharan Africa, the far East and Scandinavia.  Overall incidence of the disease is on a steep decline.  Prevalence increases with age – those over 85 years of age are 5 times more likely to be affected than those under the age of 60.  A slight male predominance is also seen with a 3:2 male-to-female ratio reported in the literatute.

This non-inflammatory, metabolic disorder may affect single or multiple bones in a synchronous or metachronous fashion; polyostotic disease is more often seen. Patients are frequently asymptomatic and cases are usually discovered incidentally on imaging carried out for other reasons. The most common manifestation of this disease, if any, is pain of the involved bone and adjacent joints.  Bone turnover markers, including bone specific alkaline phosphatase, reflect the level of osteoblast activation, and may be used to monitor the level of activity and therapeutic efficacy. 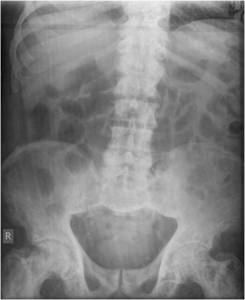 In time, osteoblastic activity predominates, with random deposition of dense but disorganized and structurally weak new bone. This translates into increasing bone density and thickening of the remaining trabeculae, giving a classic histological “mosaic pattern” of woven and lamellar bone, which replaces the organised parallel Haversian systems that characterize normal bone. Replacement of bone marrow with vascular and fibrous tissue is also seen in this stage.

In the late osteosclerotic “burnt-out” phase, osteoclastic activity declines and bone turnover may return to an almost normal level.  The thickened trabeculated bone and prominent mosaic pattern persist, and there is restoration of the marrow.