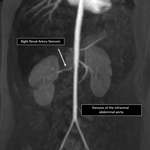 Fig. 2: Mid-Aortic syndrome in a 15-year-old patient with renovascular hypertension....

Fig. 7: Stenosis of the abdominal aorta at the level of the renal arteries. Most common...

Fig. 9: Idiopathic Mid-Aortic syndrome. There is an abrupt caliber change of the...

Fig. 10: Thoracic aortic stenosis in a 11-year-old girl with Mid-Aortic Syndrome. The...

Fig. 12: Idiopathic Mid-Aortic Syndrome in a 13-year-old boy. There was severe stenosis...

Mid-Aortic syndrome (MAS) is characterized by stenosis of the abdominal aorta frequently associated with a concomitant stenosis of the renal and visceral arteries Fig.1. Artery stenosis tipically involves the ostium of the vessel.

MAS is typical of childhood without a predilection for sex. In most cases it is idiopathic. Although there is no clear consensus on the mechanism by which it occurs, a congenital anomaly has been suggested. A lack of fusion of both dorsal aortas in embryonic life is the most accepted theory. What is clear is that it can be secondary to several genetic syndromes with vascular repercussions.

Involvement of the renal arteries is very characteristic of this syndrome and can be unilateral or bilateral. Therefore, the main symptom is renovascular hypertension Fig.2. Other disorders such as intestinal angina, intermittent claudication and heart failure are rare. It is important to rule out important organ damage so renal function tests, echocardiogram and fundus examination are always indicated.

Since most patients are children, an ultrasound - first approach is recommended Fig.3. Doppler ultrasound is of great help to detect critical stenosis in the renal flow. Spectral Doppler shows a Parvus tardus pattern in intrarenal arteries (small amplitude, prolonged systolic rise and low resistance index) Fig.4. This suggests a proximal stenosis of the renal artery. Unilateral or bilateral Parvus tardus waveform in kidneys in a child with hypertension should make suspect the possibility of this syndrome.

CT angiography (CTA) or magnetic resonance angiography (MRA) and arteriography are the imaging protocol of choice since they allow the visualization of the aorta and its main branches. They are also necessary for surgical planning. Multiplanar and three-dimensional reconstructions should be performed to know if there is involvement of renal arteries, superior mesenteric artery and celiac trunk and to define the extension and location of the stenosis Fig.5. Diameters of the aorta in the stenosed segments can be evaluated through these images Fig.6.

Diagnosis is usually confirmed with computed tomographic angiography (CTA) or magnetic resonance angiography (MRA). These techniques demonstrate narrowing of the abdominal aorta. Segmental aortic stenosis will be located at the inter-renal aorta in most of cases (19-52%) Fig.7. It is very frequent ostial stenosis of the renal arteries (60-90%), with less common involvement of the celiac trunk and the superior mesenteric artery (20-40%) Fig.8 and 9. Inferior mesenteric artery is rarely affected.

Conventional angiography is considered by some authors as the imaging technique of choice. However, techniques using MRI and CT have become equally valuable tools. Their large fields of view, as well as the fact that they are noninvasive, make them far more convenient in the pediatric age.

Fibrodysplasia of the intima and distortion of the internal elastic lamina without inflammatory changes are frequent histological findings. In the absence of signs of vasculitis, stenosis of the abdominal aorta at the level of the renal arteries suggests the diagnosis of MAS.

The treatment is medical and surgical. Medical measures are directed to control the symptoms that derive from hypertension and ischemic complications Fig.11. Sometimes they are not enough to control the disease and a surgical or endovascular approach is necessary. These will be indicated in case of uncontrolled hypertension and progressive renal failure despite an aggressive medical management Fig.12.

Surgical treatment should be individualized based on the severity of the symptoms and the age and size of the child. Several studies have found the aortic bypass as the procedure of choice due to its high success rate and resolution of the symptoms. Endovascular treatment through angioplasty and stenting have shown favorable short-term results, although evolution and long-term results still need to be assessed. Nevertheless, surgery requires a careful approach in the pediatric age and should, as far as possible, be delayed until the end of puberty.