Skull lesions in pediatrics: a mnemonic to remember them.

Fig. 15: 5 years-old-boy with large periorbital mass of the right side with extension to...

We propose two mnemonics (Figure 2) to remember the most frequent pathologies according to the age of presentation as well as a schematic summary of the clinical, radiological and key findings by modality that allow the identification of the pathology between the differential diagnoses. We present a series of original cases from our pediatric reference center to describe the main findings of the lesions. 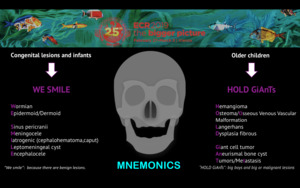 Figure 2. Mnemonics proposed for easy access to the most frequent pathologies of the skull, according to the age group, in pediatrics. 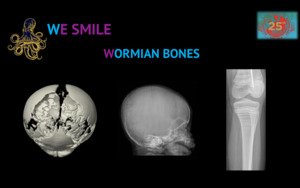 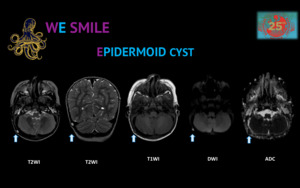 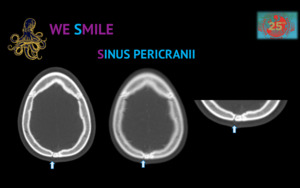 Figure 5. Tubular continuity solution of the parietal bone table, at the right parasagittal side through which venous vascular structure is observed, draining the superior longitudinal sinus and communicating with a small hyperdense subgaleal image adjacent. 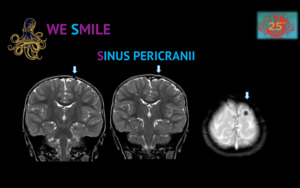 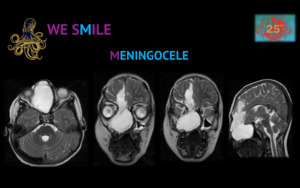 Figure 7. 11-year-old boy with daily headache. MRI T2 sequences shows a solution of continuity in the midline of the skull base in the sphenoidal and ethmoidal bones, of 20 mm diameter. Liquid content is observed through the defect. The content of the encephalocele partially occupies the posterior aspect of the nasal fossa and the nasopharynx. These findings are compatible with sphenoidal ethmoid meningoencephalocele. 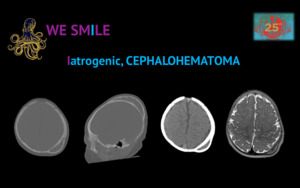 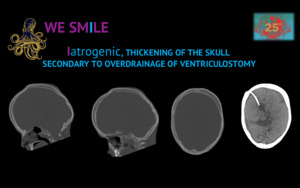 Figure 9. Patient with thickening of the skull secondary to chronic overdrainage in peritoneal ventricle derivation. 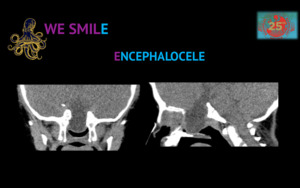 Figure 10. Newborn with respiratory distress. Coronal y axial CT shows a nasoethmoidal defect in the midline with herniation towards the nasopharynx of apparent meningeal and encephalic tissue. 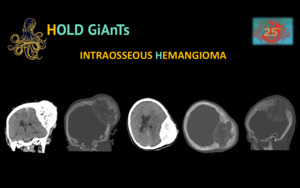 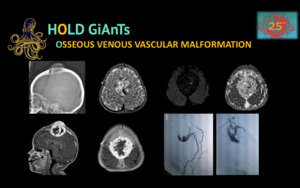 Figure 12. 2 years old boy. Lateral x-ray shows lithic lesion with periostic reaction in "sunburst" with diploe thickening. MRI sequences with heterogeneous signal mass with foci of restriction to diffusion and heterogeneous enhancement after contrast with involvement of the internal and external diploe in the frontoparietal midline. Extrinsic compression on the superior longitudinal sinus, without thrombosis. It has vascular structures with a signal gap inside and thickening of the adjacent pachymeninge. Angiographic sequences of digital subtraction with multiple vascular structures inside the mass compatible with vascular malformation. 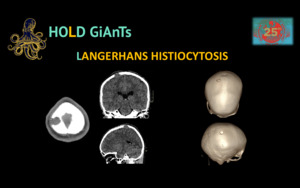 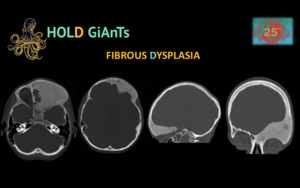 And finally, to complement the diagnostic approach, remember the location and appearance of computed tomography densities of the most frequent lesions in the pediatric skull (Figure 19) 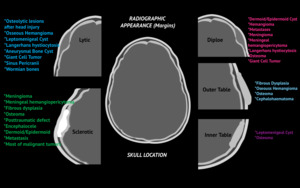 Figure 19. Diagram of differential diagnoses according to the location and appearance of skull injuries in pediatrics.