MDCT angiography of the postoperative aorta

Fig. 16: Patient with replacement of ascending aorta. Graft has no distinctive imaging...

Fig. 25: The graft of the elephant trunk (orange arrows), free floating in the...

Fig. 26: The graft of the elephant trunk (orange arrows), free floating in the... 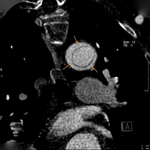 Fig. 27: The graft of the elephant trunk (orange arrows), free floating in the...

Fig. 29: False lumen is filled up with thrombus, due to the seal and coverage by the...

Fig. 30: Patient with replacement of ascending aorta and aortic valve with an artificial...

Fig. 33: Open repair of the thoraco-abdominal aorta in an emergency. A: CTA shows...

Fig. 36: Axillofemoral bypass in a patient with occlusion (orange arrow) of the...

Fig. 37: Small floating thrombus in the left limb of the endograft.

Fig. 38: The presence of air in the excluded peri-graft space should raise concern about...

Fig. 39: There is a thick-walled abscessual fluid collection in the left psoas muscle... 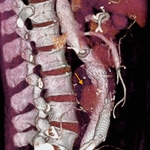 Fig. 48: Sigmoid ischemia in a patient with endograft of the abdominal aorta. Axial...

ECG gating is mandatory in the evaluation of aortic root and coronary artery ostia.

Contrast material should be administrated at a high flow rate (4-5 ml/sec).

Aortic grafts have no distinctive imaging features. They usually have smooth outer contour with no definite attenuation (Fig. 16 Fig. 17). Small indentations can occasionally be seen (Fig. 18).

A small outpouching can occasionally be detected, bulging from the anterior graft wall. This bulge is a cannulation site, used for graft perfusion over surgery. It must not be mistaken for pseudo aneurysm, which is almost always at the site of an anastomosis (Fig. 23 Fig. 24).

The graft of the elephant trunk, free floating in the descending aorta, can simulate an aortic dissection. However, careful review of CT images and awareness of patient case history can avoid this imaging pitfall (Fig. 25 Fig. 26 Fig. 27).

Endograft involves a woven polyester tube supported by a metal web and looks like a hyper-attenuating tubular mesh (Fig. 28). Endografts can cover and seal aneurysms, penetrating aortic ulcers or a false lumen in a dissection. Eventually, they fill up with thrombus, once they have been excluded (Fig. 29).

A complication that may be encountered following aortic root surgery is pseudoaneurysm which is an extra-graft blood-perfused space typically arising from a site of anastomosis (Fig. 30 Fig. 31 Fig. 32 Fig. 33) or cannulation (Fig. 34 Fig. 35), with a persistent communication to the bloodstream.

Occlusion of the aortic graft is a rare complication (Fig. 36). Thrombus appears as low attenuanting material within a graft limb (Fig. 37), with lack of enhancement on delayed phase after contrast media intravenous administration.

Graft and endograft infections area significant complication that should be raised in case of fever, high white blood cell count and high inflammatory markers. On CT, they will appear as new fat stranding or fluid collections surrounding the graft. The presence of air in the excluded peri-graft space should raise concern gas forming organism (Fig. 38 Fig. 39 Fig. 40).

Upper gastroesophageal bleeding and shock should prompt workup for possible aorto-enteric fistula. Typical CT findings include: gas in the excluded aneurysm sac, perigraft fluid/soft tissue thickening, tethering of adjacent thickened bowel loops towards the aortic graft, extravasation of contrast from the aorta into the involved segment of bowel.

Endoleaks are reported in 20-50% of patients after endovascular repair and may progress to aneurysm rupture. They are defined as leakage of blood into an excluded aneurysm sac after endo-graft placement. Endoleaks are classified in five categories: 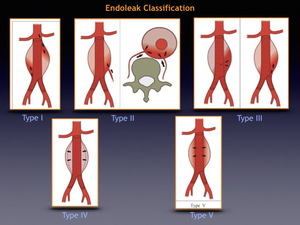 Other complications of the endografts are visceral organ ischemia and migration, kinking or collapse of the stent with resultant occlusion. Visceral organ ischemia is eventually a severe complication due to stent coverage of visceral arteries or embolization of atherosclerotic plaques with resultant bowel, kidney or spleen infarction (Fig. 48 Fig. 49).