Anatomo-radiological correlation in breast cancer response to neoadjuvant chemotherapy according to histological and molecular subtypes.

We have performed a descriptive and retrospective study including 103 women with breast cancer who were candidates for treatment with neoadjuvant chemotherapy in our hospital between October 2017 and August 2019.

The information about each procedure was communicated to every patient and they signed the informed consent.

Breast MRI was performed on a 1.5 T equipment (Signa, GE) by using a breast-specific antenna with the patient placed in the prone position. MRI protocol included FSE-T1WI, STIR, DWI and VIBRANT dynamic study without contrast and after the administration of intravenous Gadobutrol (Gadovist 1mmol/ml) 0.1mml/kg, 2ml/s, followed by 20ml of saline in an antecubital or dorsal metacarpal vein, with acquisition in six phases.

Exclusion criteria: patients with claustrophobia, pacemakers and metal implants, hidden breast tumors, lack of clinical response or signs of progression and those who did not complete neoadjuvant treatment.

Additionally the following items were assessed:

Persistence of in situ carcinoma in the absence of an invasive component was considered as a complete response.

Correlation between radiological and pathologic response was established: 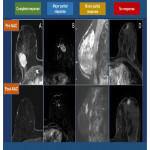 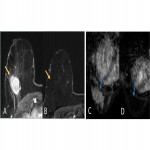 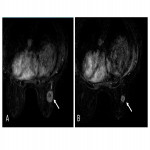 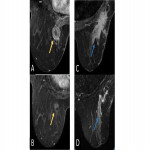 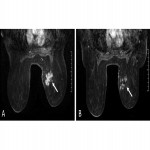 Fig 5: Fig. 5. Mixed morphological response. Decreasing of the tumor from the... 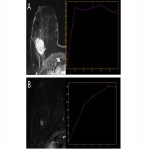 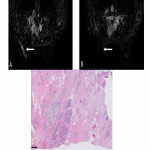 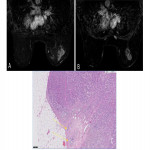 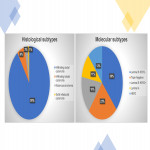 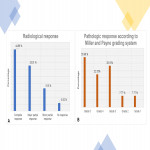 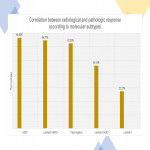