Medulloblastoma is the most common malignant brain tumour in children [1]. Medulloblastomas arise in the cerebellum and have a propensity to disseminate throughout the whole central nervous system (CNS). Treatment consists of surgical resection, radiotherapy to the craniospinal axis (CSA) with a boost(additional dose) to the tumour bed in the posterior fossa, and multiagent chemotherapy. Five-year survival for standard risk, non-metastatic medulloblastoma is currently 70-80%. However, these patients frequently suffer from severe lifelong neurocognitive deficits which significantly and adversely impact their quality of life [2,3].

Although some neurocognitive deficits are related to hippocampal irradiation during the CSA phase of radiotherapy treatment, the cerebellum also plays an important role in higher cognitive function [4]. Damage to the cerebellar white matter is observed as T2 hyperintensity on serial MRIs performed following treatment for medulloblastoma and these white matter lesions have been demonstrated to correlate with more severe neurocognitive deficits [5,6]. These changes are thought to be the result of radiation toxicity possibly compounded by chemotherapy. They are not widely reported in the literature, are often transient, are challenging to diagnose accurately and may mimic tumours [5,7]. The underlying biological cause is unknown. The routine qualitative radiological analysis is subjective and suffers from the limitations of the human eye which cannot identify early changes. Qualitative analysis cannot distinguish between treatment-related imaging changes and tumour recurrence in some instances. Presently we do not have useful interventions to prevent these changes.

An objective quantitative assessment may facilitate a more accurate and earlier diagnosis of these lesions. Radiomics is an emerging technique that can be applied to routine MRI scans to extract quantitative information [8]. Radiomics enables quantitative, objective and mathematical extraction of features based upon signal intensity and spatial association between groups of pixels [9]. These extracted features are helpful in the classification of tumours, in clinical decision making and also predict prognosis or survival [10]. Since T2 MRI scans reflect pathophysiologic characteristics, we used them for analysis in this study. We hypothesized that quantitative radiomic T2 MRI texture features can potentially be used as objective surrogates of underlying structural cerebellar tissue changes following radiotherapy.

This study aimed to compare post-treatment T2 radiomic textural features in non-tumoural cerebellum regions in paediatric medulloblastoma with and without qualitative progressive T2 hyperintensity signal change (PSC) in the cerebellum. 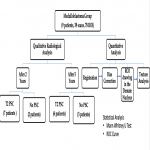 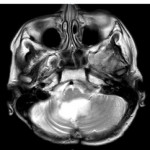 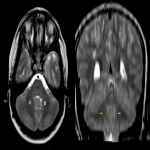 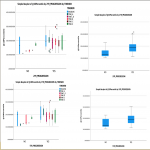 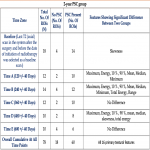 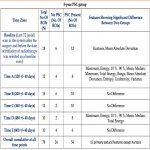 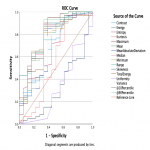 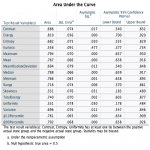 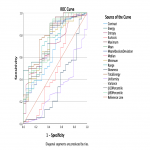 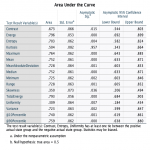