Magnetic resonance imaging (MRI) is the method of choice for investigating white matter lesions, which are a common finding in routine practice. A standard MRI protocol containing the sequences necessary for a reliable characterization of white matter lesions is listed in figure 3.[8] 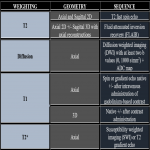 On MR imaging, normal myelinated white matter appears as hyperintense on T1WI and hypointense on T2WI, as a result of decreased water content and increased cholesterol within the myelin sheaths. Lesions in the white matter, either due to demyelinating, dysmyelinating or hypomyelinating processes, usually appear as hyperintensities on T2/FLAIR sequences.[2] 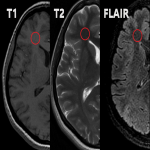 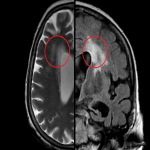 It is important to recognize the distinction between superficial white matter lesion locations:

Examples of white matter disorders sparing the subcortical U fibers

Cerebral small-vessel diseases have been grouped into 6 aetiopathogenic subtypes [10]:

Examples of white matter disorders involving the subcortical U fibers

Alexander and Canavan diseases are an atypical example of dysmyelinating diseases involving the subcortical U-fibers early in the disease progression [2].

Pelizaeus-Merzbacher disease is a rare hypomyelinating disorder, characterized by a global myelin deficit and an abnormal, relatively homogenous and diffuse T2WI hyperintensity of the white matter, including the U fibers, correlated with normal myelination patters of the pediatric population [6].

An overall view on U fiber involvement in a variety of white matter disorders is shown in figure 21. 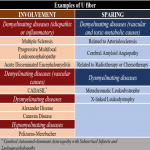 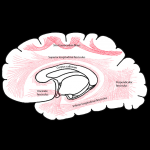 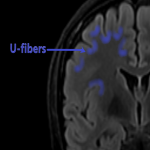 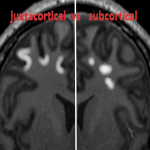 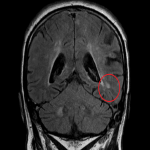 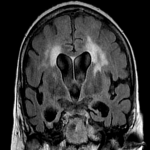 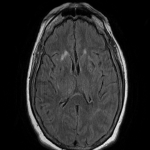 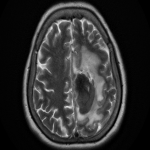 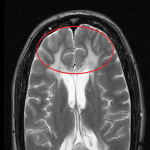 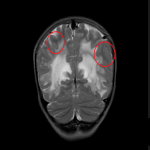 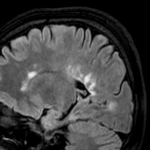 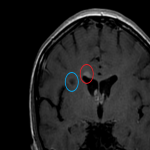 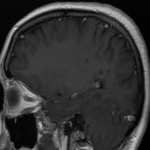 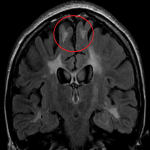 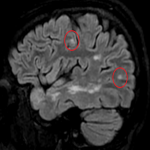 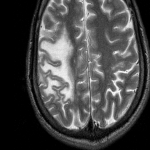 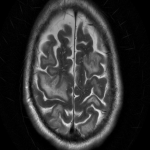 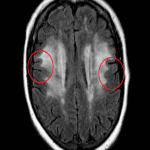