Around 14000 new cases of rectal cancer are diagnosed in Spain every year (gross incidence rate of 30) with a net survival of around 68% and 62% for men and women, respectively, similar to the rest of European countries.

Unfortunately, and despite all efforts, around 4,000 patients die from rectal cancer every year, mostly attributable to locoregional recurrence after curative surgery.

When a patient with rectal cancer is diagnosed there is a probability of 80% that curable surgery can be performed, that is including cases with potentially resectable metastatic disease.

Despite most recent advances in treatment, especially the use of total mesorectal excision (TME) up to 10-15% of patients who have undergone curative treatment will experience local recurrence (LR), most of them during the first 2 years, and only 20% of them will be eligible for a new surgery. This proportion drops if the recurrence is not detected at an early stage.

Academically, we can only use the term LR when the initial surgery is expected to be curative, meaning that there is no evidence of local disease remaining after the procedure (R0 and R1).

It is defined as the appearance of tumor cells after completion of radical curative treatment in one or more of the following sites: the anastomoses, surgical field, other sites in the lesser pelvis, perineum, or in sites related to catheter pathways or surgical wounds.

It is now clear that for the tumor to regrow there must be what is called microscopic residual disease after surgery, either unintentionally not removed or caused by cell exfoliation during surgical act.

This is why patients must undergo multidisciplinary active surveillance including history and physical exam, colonoscopy, CEA testing and imaging (MDCT and/or MRI) for at least 5 years after treatment is completed.

It is to identify those groups of patients that have a higher risk of recurrence, and radiologists must be mindful and extremely meticulous when reading these studies.

Many risk factors have been described in the recurrence of rectal cancer, and they can be divided into three main groups: 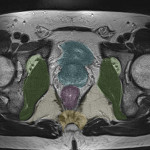 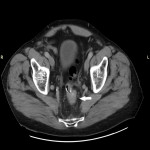 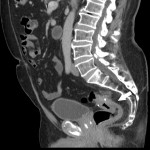 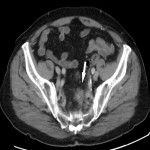 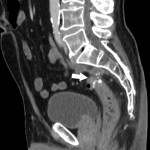 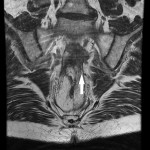 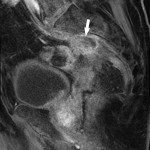 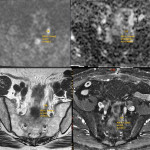 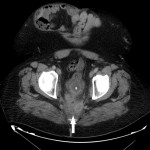 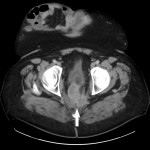 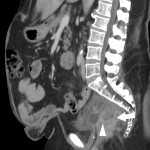 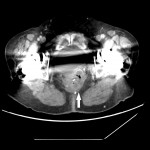 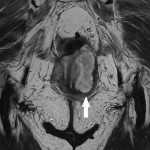 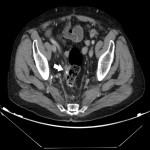 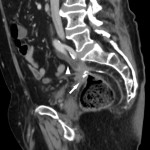 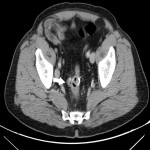 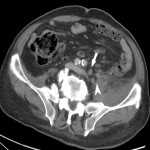 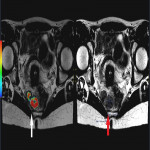