Lesions of the pancreaticoduodenal groove – what to look for

Due to the complex anatomy of the pancreatic groove, it is hard to establish the lesions organ of origin because anatomical structures are located closely and overlap in clinical presentation and imaging features.1,2,4 Figure 2 shows some examples of malignant and benign lesions of this region. 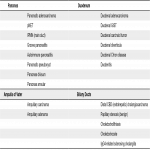 Fig 2: Examples of malignant and benign lesions of the pancreaticoduodenal groove (CBD...

Imaging modalities as Computed Tomography (CT), Magnetic Resonance Imaging (MRI)  Magnetic Resonance Cholangiopancreatography (MRCP) may help to distinguish them as the  combination of certain clinical and imaging features may suggest a specific diagnosis, preventing the unnecessary burden of additional diagnosis and treatment, even though a histologic confirmation will be required in most cases to discard malignancy.2-5

Ductal adenocarcinoma of the pancreatic head sometimes may present as an exophytic mass that appears to arise from the PG;4 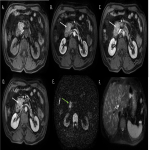 Fig 3: Pancreatic adenocarcinoma. Axial fat-suppressed T1W before (A) and after... 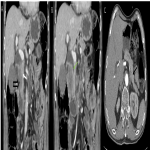 Fig 4: Pancreatic adenocarcinoma. A 72-year-old man presented with jaundice and...

Gastrinoma is the most common neuroendocrine tumor occurring at the groove;4

Lesions may be cystic, even smaller ones, which typically have a hypervascular rim;1,7

The presence of hypervascular liver metastases can aid the diagnosis.4 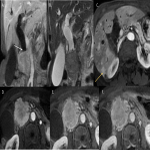 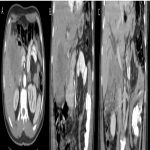 It is a form of chronic pancreatitis characterized by inflammation and fibrous tissue formation affecting the PG;1-5

Symptoms of biliary or duodenal obstruction are common;3

There are two forms of groove pancreatitis:

This soft tissue in the PG has been shown to consist of fibrous scar: it is hypoattenuating at CT, hypointense relative to pancreatic parenchyma on T1WI, and iso- or slightly hyperintense on T2WI, with progressive delayed enhancement;1-5

Diffuse type commonly manifests as a characteristic diffuse enlarged sausage-shaped pancreas with loss of definition of the pancreatic clefts;1,9

It is a rare congenital anomaly in which incomplete rotation of the ventral anlage leads to a segment of the pancreas encircling the second part of the duodenum.2 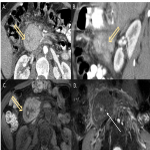 These tumors can be quite difficult to differentiate from groove pancreatitis, especially when they present as focal thickening of the medial duodenal wall.3 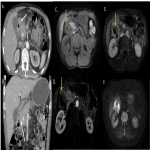 Fig 9: Duodenal adenocarcinoma. Axial (A) and coronal (B) contrast-enhanced CT...

When duodenal GIST grows outward exophytically from the duodenum toward the pancreatic head, they are challenging to differentiate from pancreatic head NETs: 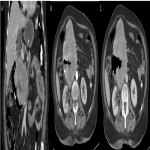 Fig 10: Duodenal GIST. Coronal (A) and axial contrast-enhanced CT in... 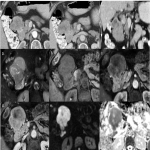 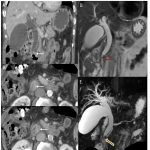 The focality of these malignant lesions at the ampulla should be distinguished from the more ill-defined crescentic soft tissue seen with groove pancreatitis.2

Cholangiocarcinoma arising from one-third distal CBD account for up to 20% of cases;2 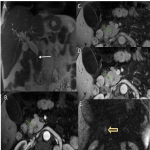 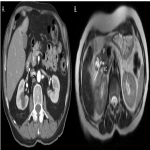 Fig 2: Examples of malignant and benign lesions of the pancreaticoduodenal groove (CBD...

Fig 3: Pancreatic adenocarcinoma. Axial fat-suppressed T1W before (A) and after...

Fig 4: Pancreatic adenocarcinoma. A 72-year-old man presented with jaundice and... 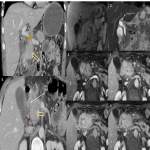 Fig 9: Duodenal adenocarcinoma. Axial (A) and coronal (B) contrast-enhanced CT...

Fig 10: Duodenal GIST. Coronal (A) and axial contrast-enhanced CT in... 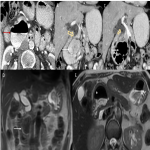