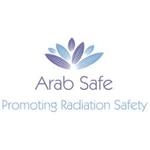 Taking in consideration the Bonn Call for Action initiated by  the IAEA and the WHO , across the world, a rallying appeal for health professionals to adhere to the principles of radiation protection and radiation safety has been launched on 2012.

This has led to the implementation of many successful awareness campaigns such as Image Gently , Image Wisely , Eurosafe , Canadasafe, Asiasafe, Japansafe, Afrosafe, and Latinsafe .

The initiative to create ARABSAFE started during the Arabhealth meeting held in Dubai (UAE) on january 2017.

During the Pan Arab Association of Radiological Societies (PAARS) congress organized in Marrakech (Morocco ), on May 2017, ARABSAFE was launched, with the participation of the presidents and representatives of the Arab Societies of Radiology present at the meeting: Algeria, Egypt, Kuwait, Lebanon, Morocco,Mauritania, Jordan, Palestine, Bahrain,Qatar , UAE, Saudi Arabia, Tunisia, Yemen.

Several announcements from ISR,ESR,ASR,SFR,Image gently welcomes ARABSAFE to the growing global efforts and  work closely with the organization with content and activities related to an informed medical radiation use.