Knowledge of Radiation in a National Government Hospital of Nepal

From the time of discovery of X-rays by Wilhelm Conrad Roentgen, the harmful effects of X-radiation were also identified [1]. Just like “Every rose has its thorn”, X-radiation also possesses both benefits and risks in medicine [2]. Though the X-radiation has proved to be an ethereal boon for evidence-based medical practice, it also comes amid harmful effects to human health, such as carcinogenic risks and other pernicious consequences [3].

At the present situation, there are no radiation laws in Nepal [5]. So, the knowledge of radiation plays even a crucial role in minimizing radiation hazard to the patients and the radiographers themselves. 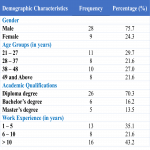 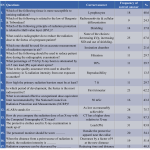 Fig 2: Frequency of correct response of the questionnaire survey 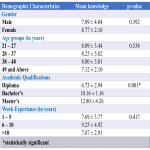