The Use of a Chatbot in Radiology Education

Fig. 2: Example of the image based delivery exam provided by the Royal College of...

Fig. 3: Example of the eAnatomy exam question provided by the Royal Australian & New...

A chatbot is a computer program designed to simulate conversation with human users, especially over the internet. A chatbot is usually delivered through any messaging service, such as  Facebook messenger or WhatsApp. It is believed that in 2015, mobile messaging app usage had surpassed social media usage (Fig. 1), making it set to overtake apps as the primary way people use the internet [1]. The innovative ways these services keep users engaged can also be applied if used as a tool for medical education. 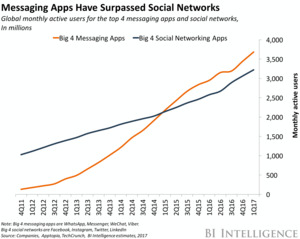 The Royal Australian & New Zealand College of Radiologists (RANZCR) part 1 anatomy examination paper 2 involves visual recognition of key anatomical structures , similar to the FRCR examination in the United Kingdom (Fig. 2). Both colleges use a digital platform in which answers are now typed rather than written [2]. The use of a chatbot gives users the ability to revise in a similar fashion, also providing personalisation and spaced repetition.

Fig. 2: Example of the image based delivery exam provided by the Royal College of Radiologist, UK which is now digital and requires accurately typed answers similar to those questions found in this chatbot
References: RCR, UK 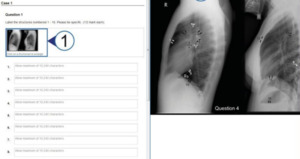