How to diagnose appendicitis in pregnancy on MRI.

Acute appendicitis is the primary reason for non-obstetric surgical intervention during pregnancy, with an estimated incidence of 1/1500 pregnancies. Appendicitis can be a challenging clinical diagnosis in pregnancy due to multiple confounding factors: caecal displacement and abdominal distension from the gravid uterus, as well as pregnancy-related physiological leucocytosis can all confuse the clinical picture.

Early identification of appendicitis is critical due to significantly increased morbidity and mortality to both the fetus and mother associated with delayed diagnosis. Overdiagnosis is also problematic, as negative laparotomy rates in obstetric patients with suspected appendicitis is reported as up to 25-50% without MRI, exposing patients to an unnecessary risk of early labour and overall increased fetal mortality [1]. Early diagnosis may also help triage certain patients into a trial of conservative management with antibiotics or towards surgery.

Ultrasound is universally recommended as the primary test in the investigation of acute abdominal pain in pregnancy, however diagnostic sensitivity can be highly variable due to reliance on the scanner’s experience. US sensitivity for the diagnosis or exclusion of appendicitis in pregnancy has been reported as low as 46.1% [2].  In contrast, MRI for acute appendicitis in pregnancy has exceptional accuracy, with a systematic review of 19 studies concluding an overall sensitivity and specificity of 91.8% and 97.9% respectively [1]. MRI also carries the advantages of no ionising radiation and allows for identification of alternative acute pathology. At our institution, we tend to reserve MRI for cases in which US and clinical findings are inconclusive.

Our institution’s MRI protocol for acute appendicitis in pregnancy consists of:

1.5 or 3T MRI can be used, however 1.5T is generally preferred due to reduction in motion artefact.

IV gadolinium is contraindicated due to the potential risk of fetal gadolinium transfer. No oral contrast is used.

Despite the theoretical risks to the fetus associated with MRI in the first trimester, we generally do not restrict MRI in this group for two reasons. One, the evidence linking first trimester MRI with poor fetal outcomes is relatively weak, with guidelines varying between major organisations, and two, the risk associated with a delayed diagnosis of appendicitis are likely to be much higher than that from MRI-related effects. 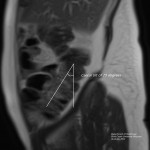 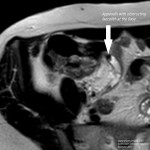 Fig 2: Dilated appendix with a faecolith and peri-appendiceal stranding. This was... 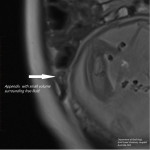 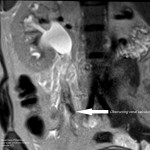 Fig 4: Right sided hydronephrosis secondary to an obstructing calculus in the... 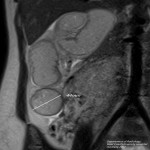