In this pictorial review, we analyzed an amount of 19 cases of solitary fibrous tumors diagnosed in our hospital through radiography, computed tomography, magnetic resonance, and positron emission tomography to define the principal imaging features.

From the radiological point of view, the first technique to perform would be a chest X-ray, followed by computed tomography of the chest, as well as an MRI or a PET-CT.

The general radiological features of these tumors could be described as a peripheral nodule (⪯ 3cm) or mass (>3cm), with an incomplete border sign, that could be a fissural nodule or mass, without pleural effusion. It is normal to observe a positional change in lesion shape or location, because most have a pedicle that joins them to the pleura, and have mobility. The tumors could grow into large intrathoracic masses, normally without local invasion or chest wall involvement, and lymphadenopathy is rare. PSFTs have a predilection for mid and inferior hemithorax and abuts with the pleura, being approximately 65% to 80% of lesions originate in the visceral pleura and 20% to 35% in the parietal pleura. The size of the tumors is variable and normally presents a slow growth. [1-2]

PSFT usually appears as a well-defined peripheral nodule or mass that abuts the pleura, and for this reason usually has an incomplete border sign with an ill-defined margin, although may also be in fissural locations surrounded by lung, mimicking an intraparenchymal tumor. The large PSFTs may mimic pulmonary or mediastinal mass because the pleural location may not be evident. They could produce a mass effect on adjacent structures, and occupy the entire hemithorax.

PSFTs have a predilection for mid and inferior hemithorax but could arise anywhere so they can mimic diaphragmatic elevation or eventration.

Pedunculated PSFTs may exhibit positional change and ipsilateral pleural effusion is observed to be 20%; more frequent in malignant tumors. [1-2]

PSFTs are typically a soft tissue nodule or mass, solitary, with well-defined lobular contours, non-invasive, variable size, and homogeneous appearance. It is normal to visualize low attenuation density due to cystic change, hemorrhage and necrosis, as well as calcifications punctate, linear and coarse up to 26% of the cases. PSFTs normally demonstrate obtuse angles against the adjacent pleural when the size is small, but are more frequent to present acute angles due to the large size, being in these cases more difficult to differentiate from pulmonary masses, although if we see smoothly tapered margin with adjacent pleura favors an extrapulmonary origin. The slow growth pattern favors the appearance of large masses that eventually cause a mass effect on the adjacent lung and mediastinum. [2]

In some cases, it has been seen as a diaphragmatic crural thickening and a fissural location may not allow differentiation from a peripheral lung lesion or abdominal origin if the inferior hemithorax is affected.

There is no frequent invasion of the chest wall (8%), although rarely adjacent focal skeletal sclerosis or pressure erosion on adjacent ribs could be seen.

The tumors are usually sessile or pedunculated, the latter presenting greater mobility, and different morphologies can be observed in successive studies, making it difficult to visualize the pedicle.

Small lesions are often homogeneous in attenuation, but large or malignant tumors usually present as heterogeneous attenuation due to cystic change, hemorrhage, necrosis, and myxoid degeneration that are rarely seen in small lesions.

PSFTs have been reported to exhibit intermediate to high attenuation on unenhanced CT scans, probably attributed to the high physical density of collagen and abundant capillary network. [1]

On enhanced CT, heterogeneous enhancement is typical and could present geographic, rounded, or linear patterns, and also permit the study of intratumoral vessels to plan the surgery.

Pleural effusion is more common in malignant PSFTs but not exclusive. It is mandatory to rule out other diagnoses if adenopathies are observed since it is not frequent in this type of tumor.

PSFTs were demonstrated to be described as masses of predominant low or intermediate signal intensity T1, T2, and proton density-weighted images due to the high content of fibrous collagenous tissue and hypocellularity. High heterogeneous signal intensity on T2-weighted images is often present and may be related to necrosis, cystic or myxoid degeneration, prominent vascular structures, and hypercellular areas. It is also associated with low signal intensity internal septations on T2-WI. After the administrations of intravenous contrast, the masses used to have a heterogeneous enhancement and help distinguish tumor from pleural effusion and local invasion of the chest wall or diaphragm. [3]

Most cases of PSTPs present a low level of FDG uptake at PET with SUV<2.5, being hypermetabolic in some cases of malignant transformation. 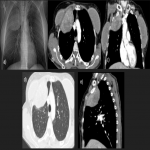 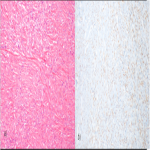 Fig 2: In the histological study of Figure 1, elongated tumor cells interspersed with... 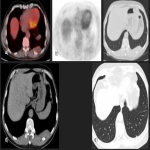 Fig 3: A 60-year-old male with a well-differentiated neuroendocrine tumor who... 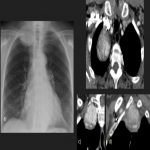 Fig 4: A 77-year-old woman with a history of glaucoma, who in a preoperative chest... 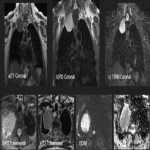 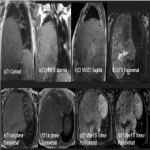 Fig 6: A 36-year-old woman with a history of multinodular goiter, who presented a... 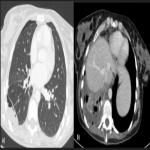 Fig 7: Chest computed tomography of the patient in figure 5, in relation to a... 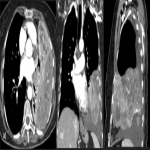 Fig 8: A 72-year-old woman with a history of pancreatic head neoplasm who presented as... 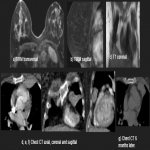 Fig 9: A 45-year-old woman with a history of breast neoplasia who presented as an... 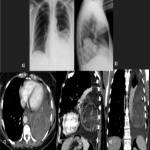 Fig 10: A 66-year-old woman presented in the chest radiography a left pleural effusion... 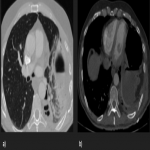 Fig 11: A 68-year-old man with a history of resection of a solitary fibrous tumor of... 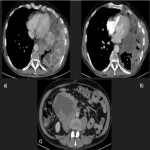 Fig 12: One year later, in the patient in Figure 11, a tumor progression was observed... 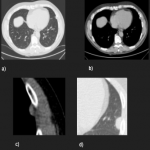 Fig 13: A 47-year-old man with a history of testicular teratocarcinoma who presented as... 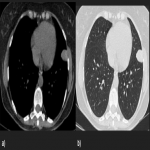 Fig 14: A 48-year-old woman presented with a lenticular lesion of probable pleural... 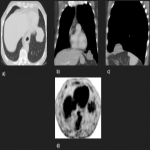 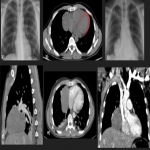 Fig 16: A 28-year-old man with a history of melanoma and Crohn's disease presented as... 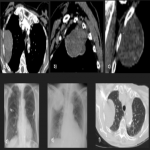 Fig 17: An 83-year-old woman with a history of infiltrating ductal carcinoma of the... 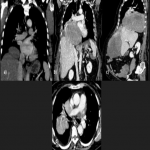 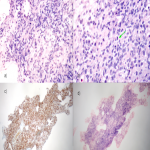 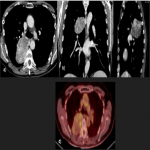 Fig 20: A 56-year-old woman presented with a tumor in the posterior segment of the... 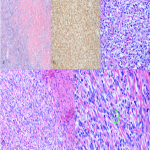 Fig 21: The histological study shows a proliferation of elongated cells that... 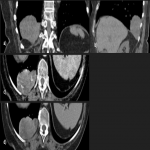 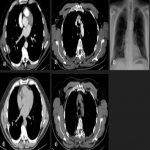