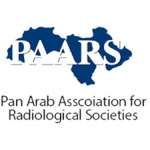 The initiative to create ARABSAFE is an opportunity in continuity of the global approach existing in the arabic world  and the PAARS is the appropriate space to ensure such a task  involving all the scientific societies of the Arabic countries integrating all the professionals.

The PAARS offers a platform for the dissemination of the radiation protection program  implementing by this approach the ARABSAFE policy. All the members of the PAARS agreed to schedul a dedicated session to radiation protection during each national or regional meeting; as was held on 2018/2019 in Algeria, Egypt,Mauritania, Morocco, UAE, Saudi Arabia and Tunisia,

The success of the campaign take in consideration the similarities of the Arabic countries , but also the particularities and the specificities of each country in order to ensure a good dissemination with a balanced distribution of burdens between the countries at the regional and the sub-regional levels.

A health system corresponds to a set of elements and is conceived as an organized system of actions.

In a broad vision of health it is composed of different "subsystems": the subsystems economic, social, cultural, educational, political, legal ...

This is particularly visible between in north Africa and  middle east, where several Arabic countries as Algeria, Egypt, Lybia, Mauritania, Morocco, Sudan,Tunisia are issued from Africa with a membership of the Afrosafe campaign.

Efforts to expand the knowledge of health care workforce have been limited by insufficient understanding and data on radiation protection in the local ,national , and regional level taking in consideration the particularities and the specificities of each country.

This demonstrates the need for current data on the implementation of RP as establish baseline training capacity indicators, identify critical barriers for capacity expansion and quality improvement, and identify innovative strategies for addressing barriers.

These findings provide a building block for future , investment, and policy making.

Creating links between these "subsystems" and the institutional levels of the health system  improve the efficiency of the decision making process for a successful implementation of the ARABSAFE campaign.

A collaborative approach is an opportunity to develop a strategic approach to implement a structural reform to improve safety and efficiency of medical imaging considering education and training of the professionnals, the language (arabic, french and english ) and the means available per country.